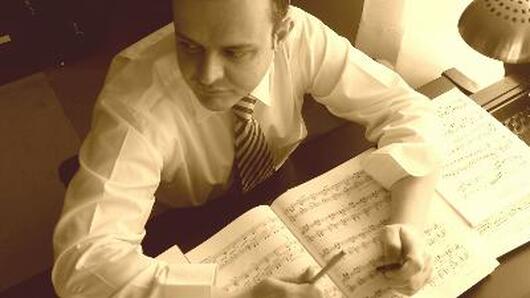 A versatile performer, Mr. Papadakis has recorded several works especially written for him by contemporary composers, many of which have been broadcast on radio and television. He has made repeat solo appearances with Boston’s Atlantic Symphony Orchestra, where he also holds the prestigious Motoko and Gordon Deane Principal Chair as the Orchestra’s pianist. Other distinctions include the prestigious Yannis Vardinoyannis Award, as well as awards at international piano competitions. He is a pianist of exceptional technical ability whose playing has been described as “stunning … [Papadakis] displayed great variety of attack, poetic lyricism, and wrists of carbon steel” (The Boston Globe).

Equally at home performing Bach’s English Suites or Ligeti’s Etudes, Mr. Papadakis possesses an unusually broad repertory, including some 70 concertos and over 300 works for solo piano, in addition to numerous chamber works. Commemorating the bicentennial year of Franz Liszt’s birth, in 2011 Mr. Papadakis embarked on an ambitious cycle of recitals of some of Liszt’s shorter and less known works. In the spring of 2011 he recorded a new and unique CD of 16 miniature Liszt pieces entitled The Short Liszt (D.S.H., 2012).

Professor Papadakis is an alumnus of Boston University’s College of Fine Arts, where he studied with Anthony di Bonaventura. He graduated in 2000 with an Artist Diploma in Piano Performance and he also received that year’s Esther & Albert Kahn Career Entry Award. Soon thereafter he was invited to join Boston University’s piano faculty where he taught for several years. Between 2006 and 2011, Mr. Papadakis was the “Samuel Barber Artist-in-Residence” at West Chester University in Pennsylvania. He re-joined the piano faculty of Boston University’s College of Fine Arts from 2011-2019. Currently he is on the piano faculty of the New England Conservatory’s Pre-College and Continuing Education Division. He also directs the Summer Piano Academy in Athens, Greece.
Personal WebPage